This dress couldn't be less me. For one, it's a dress, and I'm not a dress person, and two, it's white, not black. Yet I'm completely in love with it and I want to wear it every day for the rest of the year.

I did originally want the black version, but after the firm decision to stop being such a massive goth wannabe and with total Glastonbury-brain (it's a thing) I got the white. It is a bit see through, but seeing as I haven't stopped wearing my American Apparel cycling shorts under absolutely everything this year, it's fine! 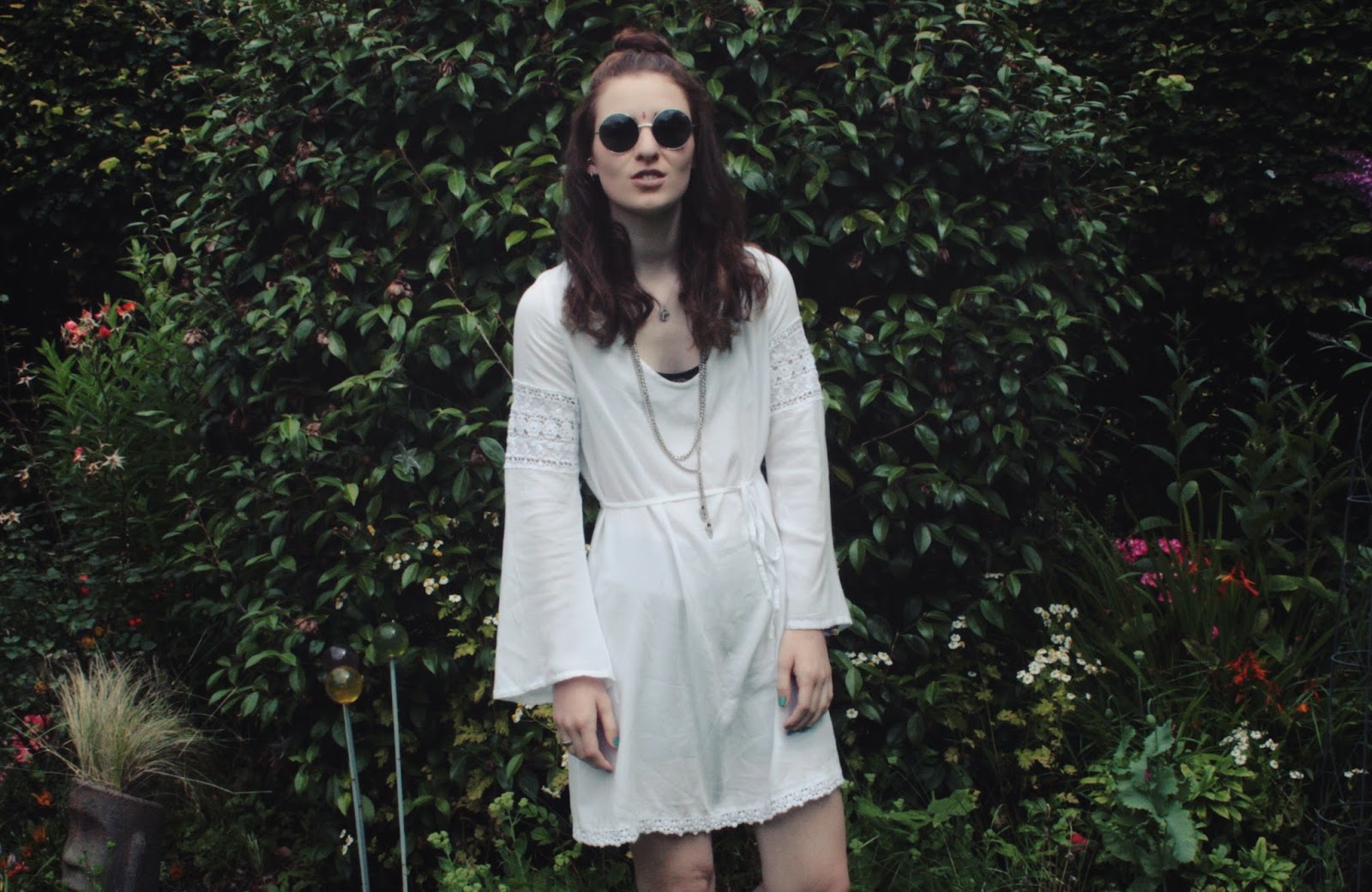 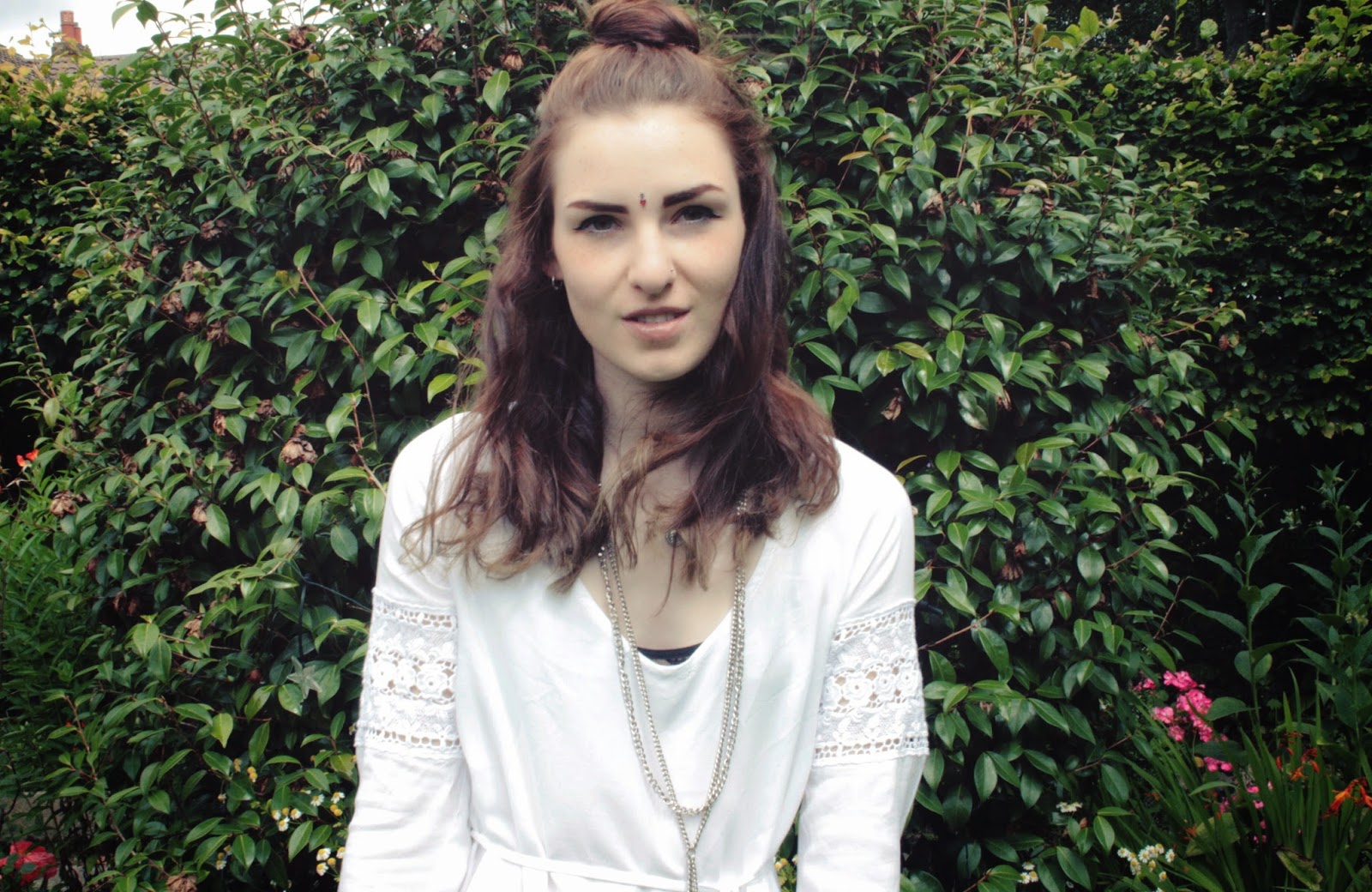 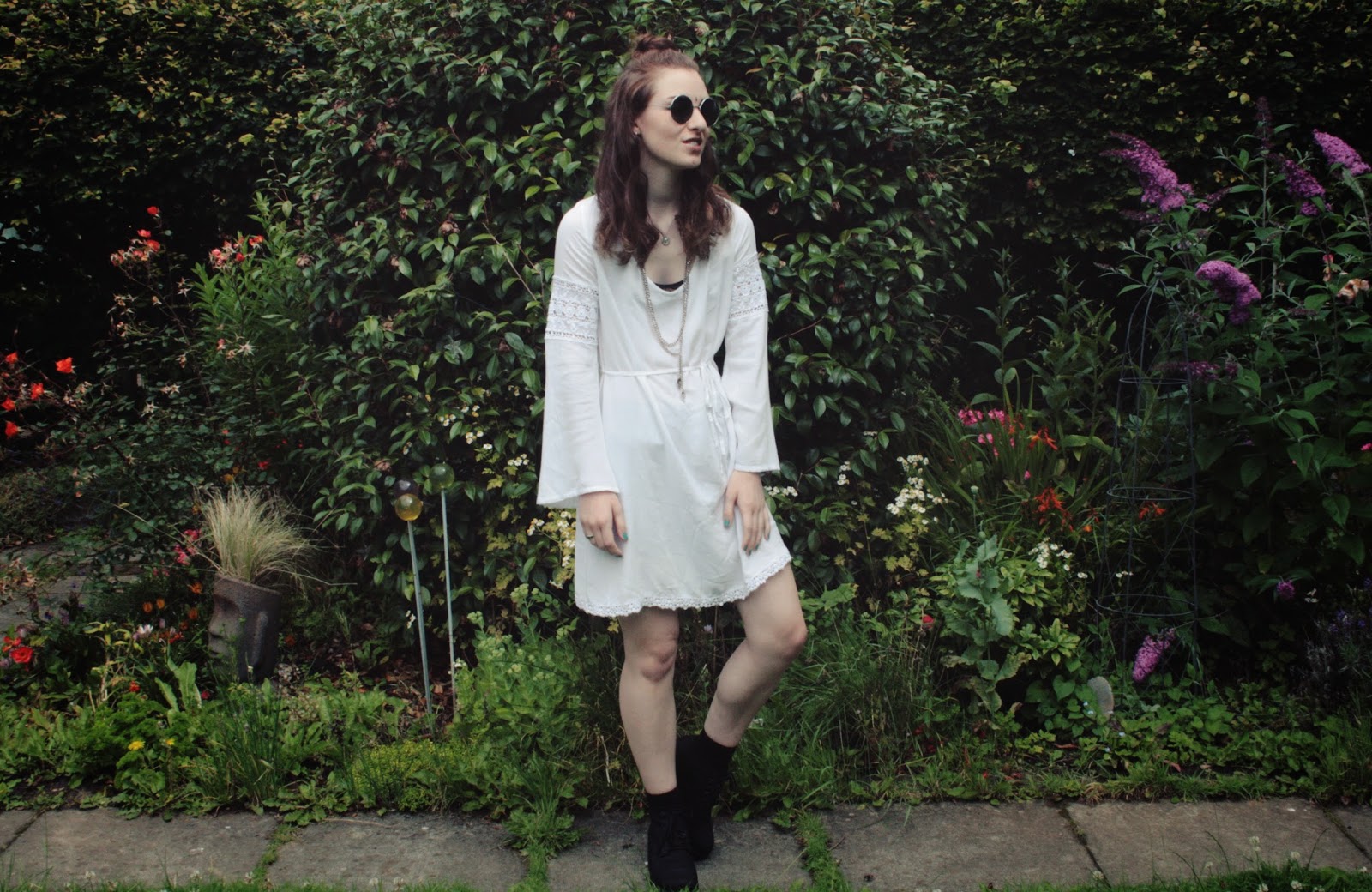 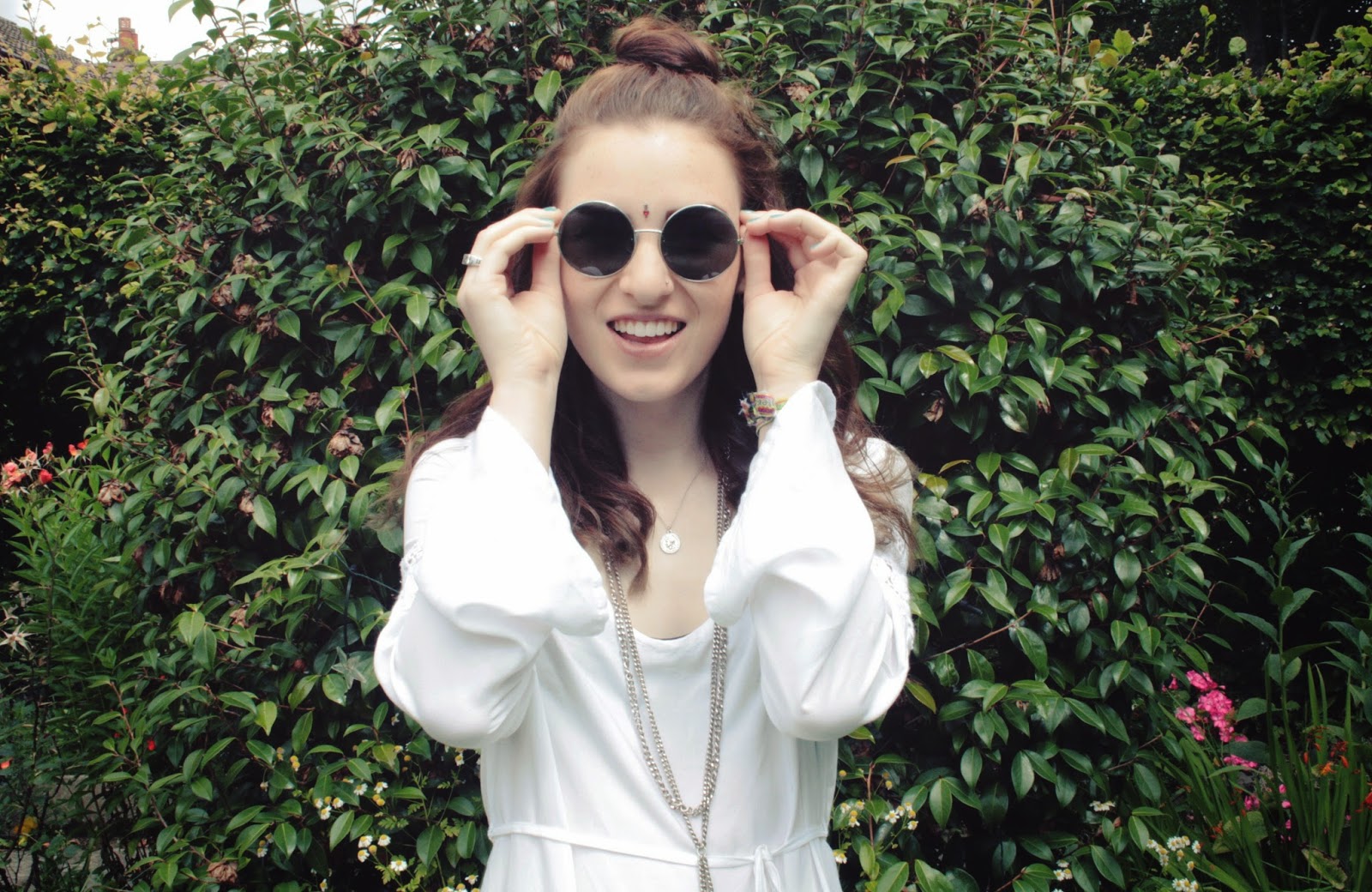 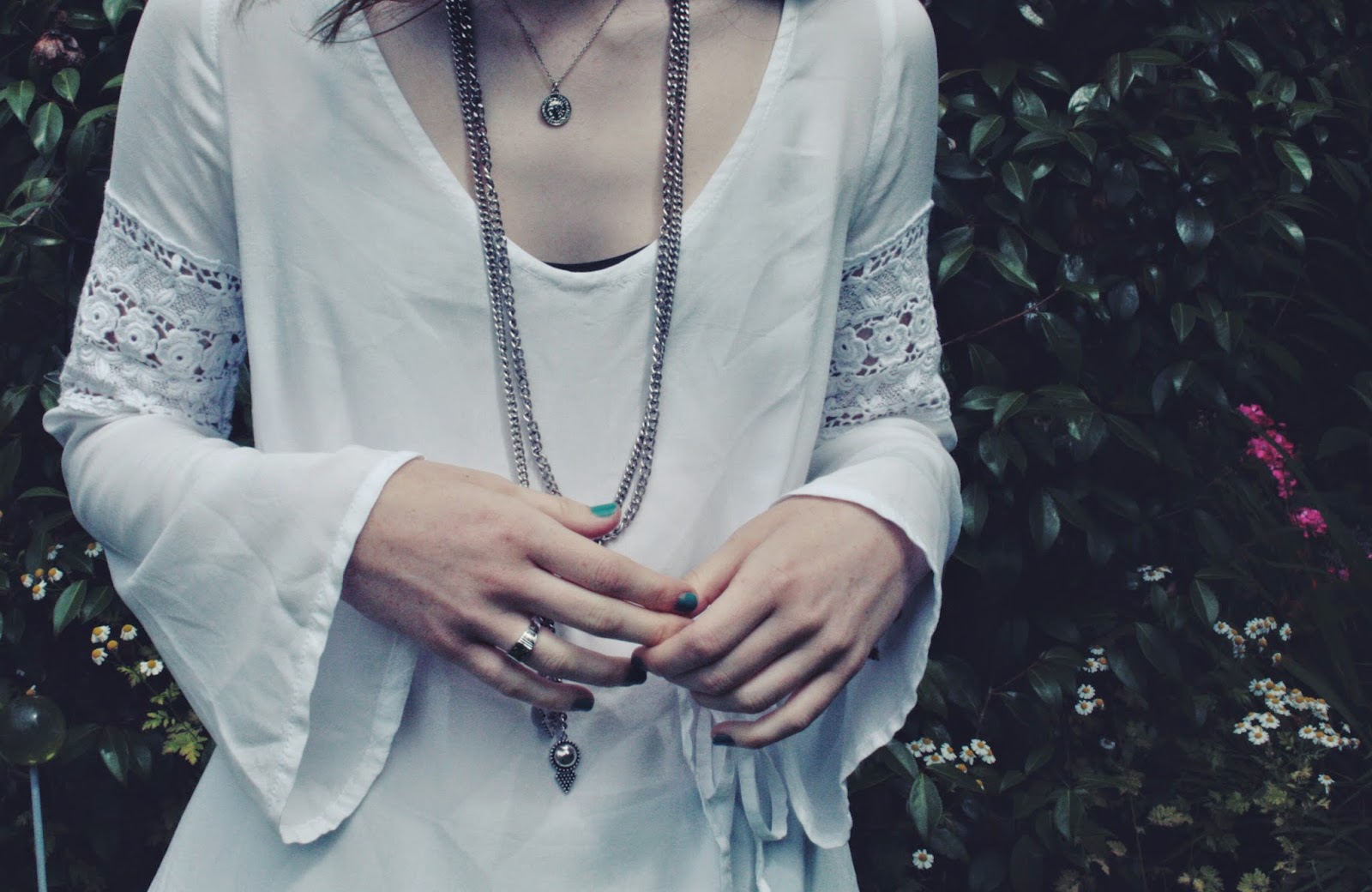 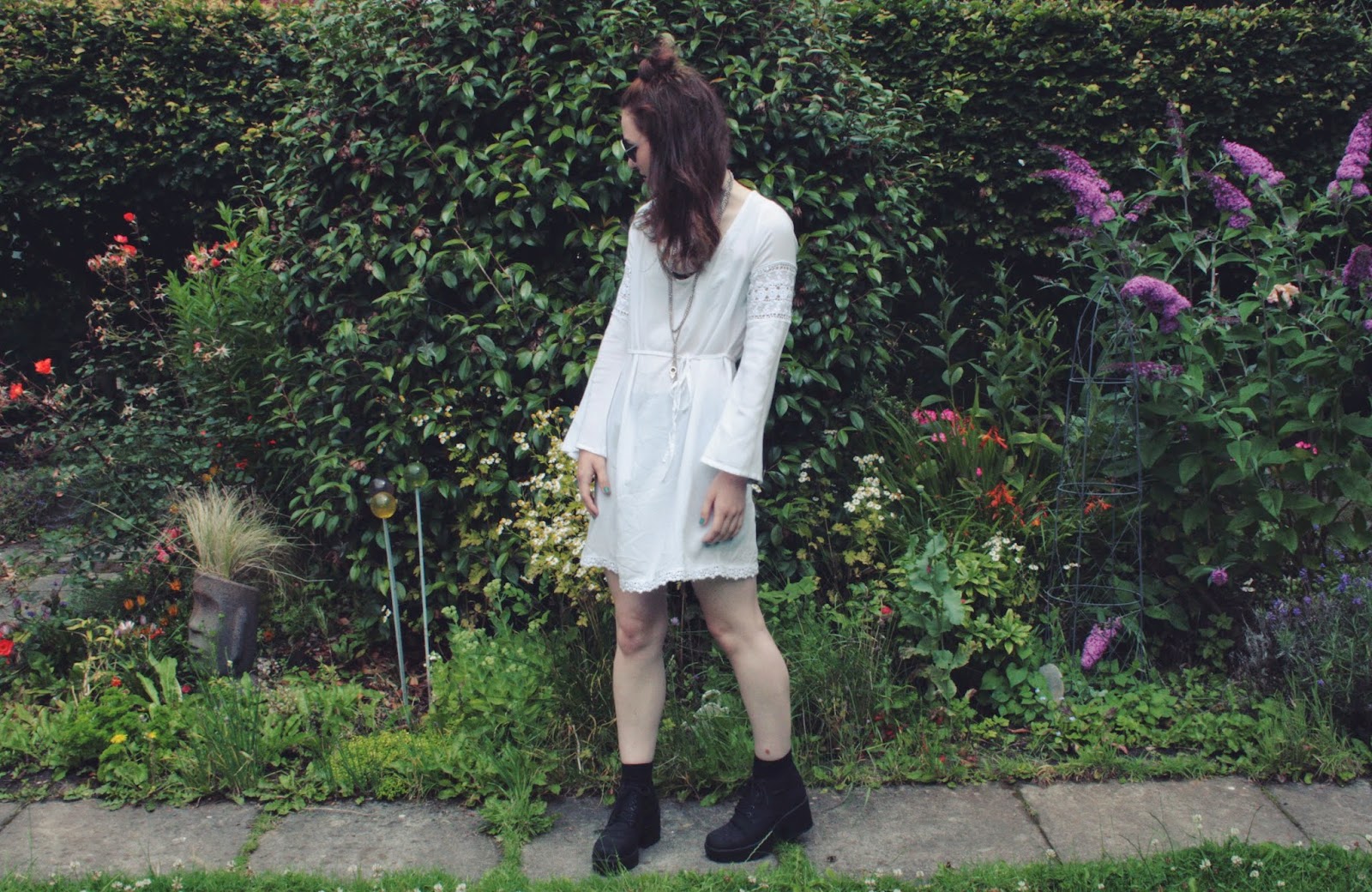 I feel like Vanessa Hudgens a la Coachella, I just need a black fedora to pair with it - but that's another hill to climb!

Oh and yes I do got a bindi on my forehead, and no I'm not a bindi festival gal, but I'm going as Bjork for my boyfriend's fancy dress 21st and I just bought about 200 bindis, so I'm off to practice wearing one round Ikea...