Excuses, excuses but I haven't blogged in a while as I've been so busy with work, festivals and holidays (it's a hard life). I promised myself I'd keep a routine with writing posts and styling outfits, but it's so hard once you fall out of step with it! 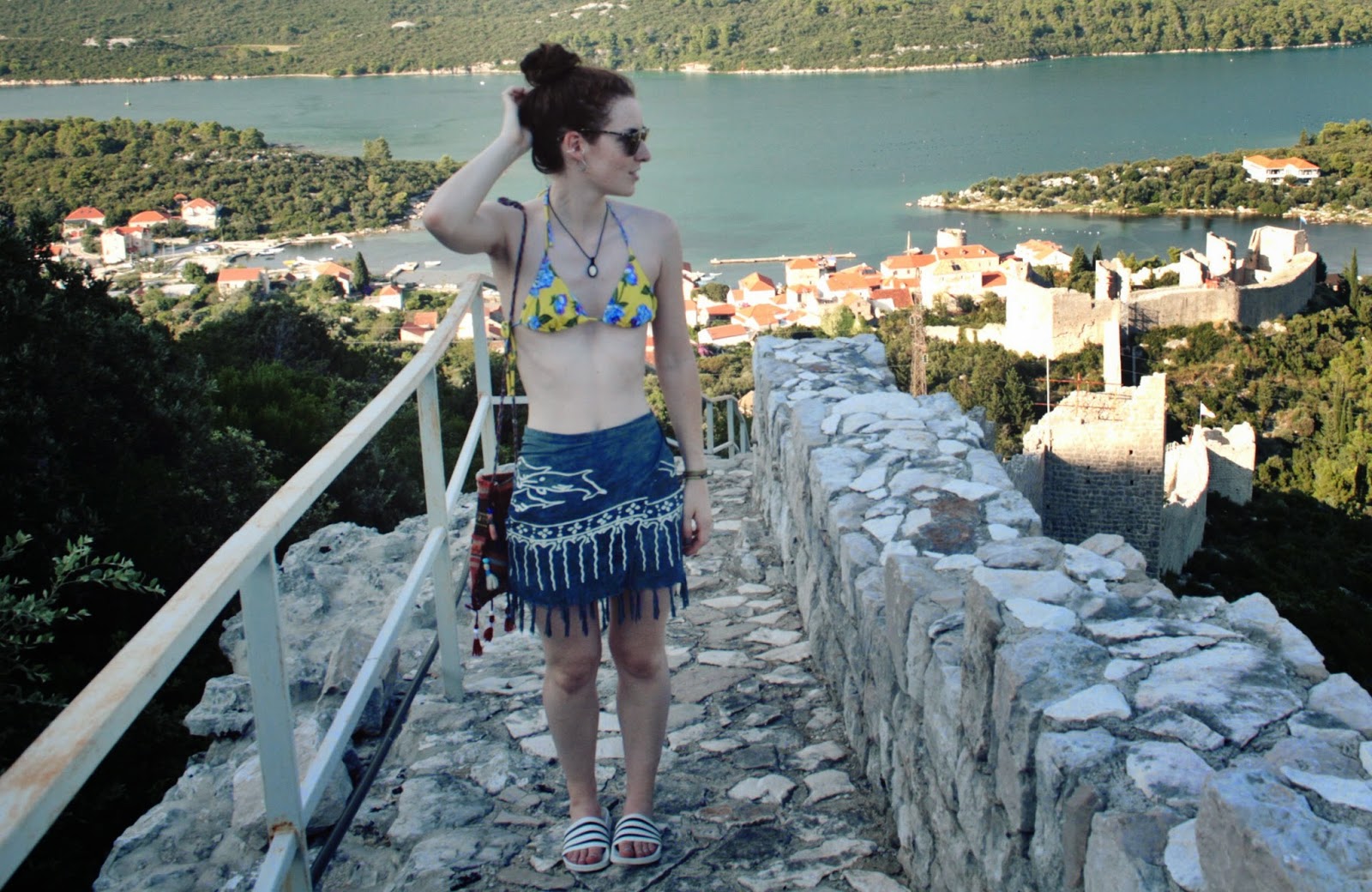 So to round up, I've just spend the week in Croatia - for anyone who loves scenic places and chilled days by the sea, I'd definitely recommend it. We stayed in a tiny village called Klek, just over the Bosnian border from Dubrovnik, and it was so tranquil and just incredibly beautiful! We met up with my grandparents and Hungarian cousins and second cousins, so it was like one big family gathering!

My first day in Croatia was spent napping - 4am flights are most definitely not the one!

The next day however, we ventured up to one of the nearest little towns called Ston. A lovely red-bricked town full of hidden away cafes, jewellery stalls and kittens. The jokingly named 'Great Wall of Ston' seemed like a great idea in the midday, 30 degree heat... 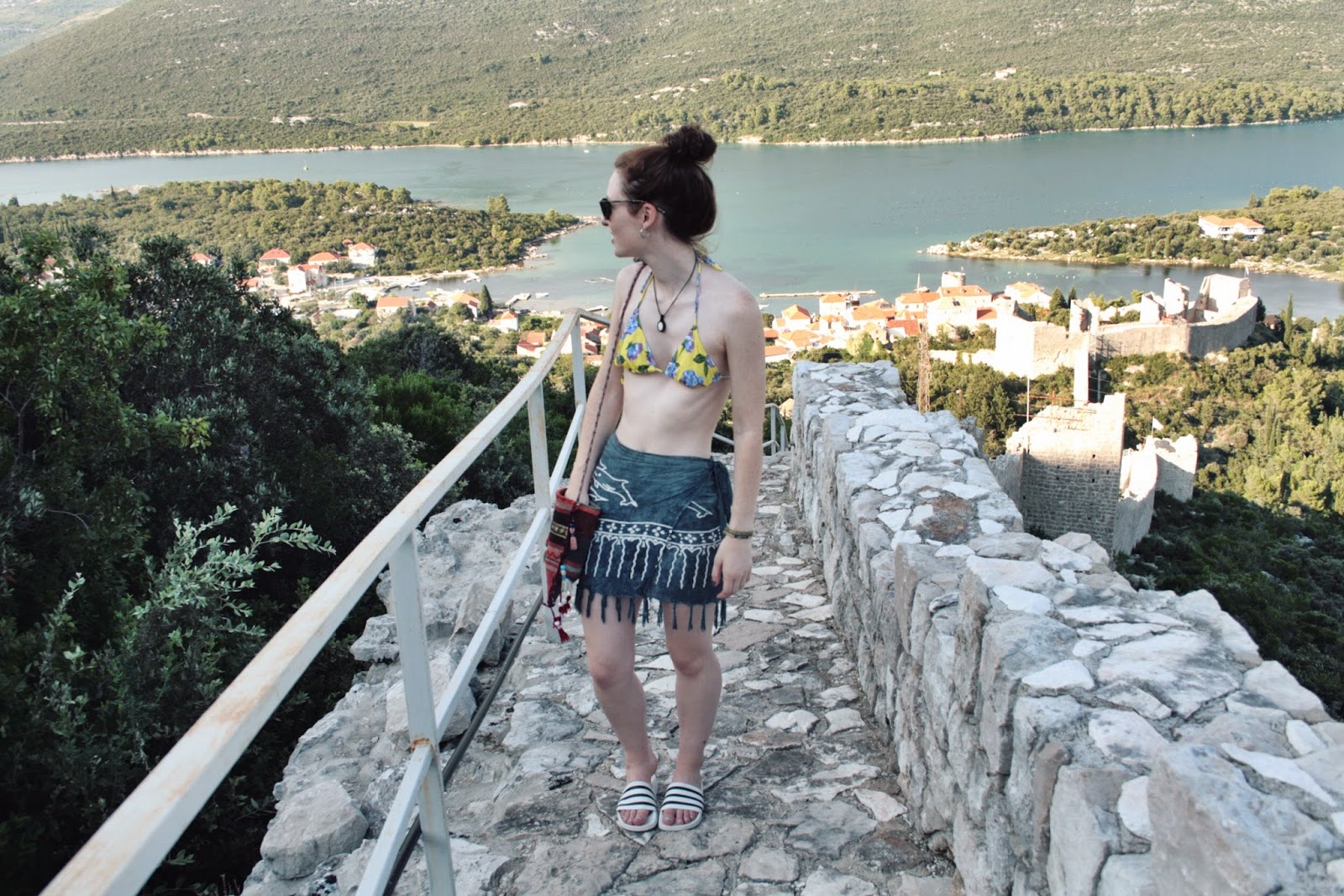 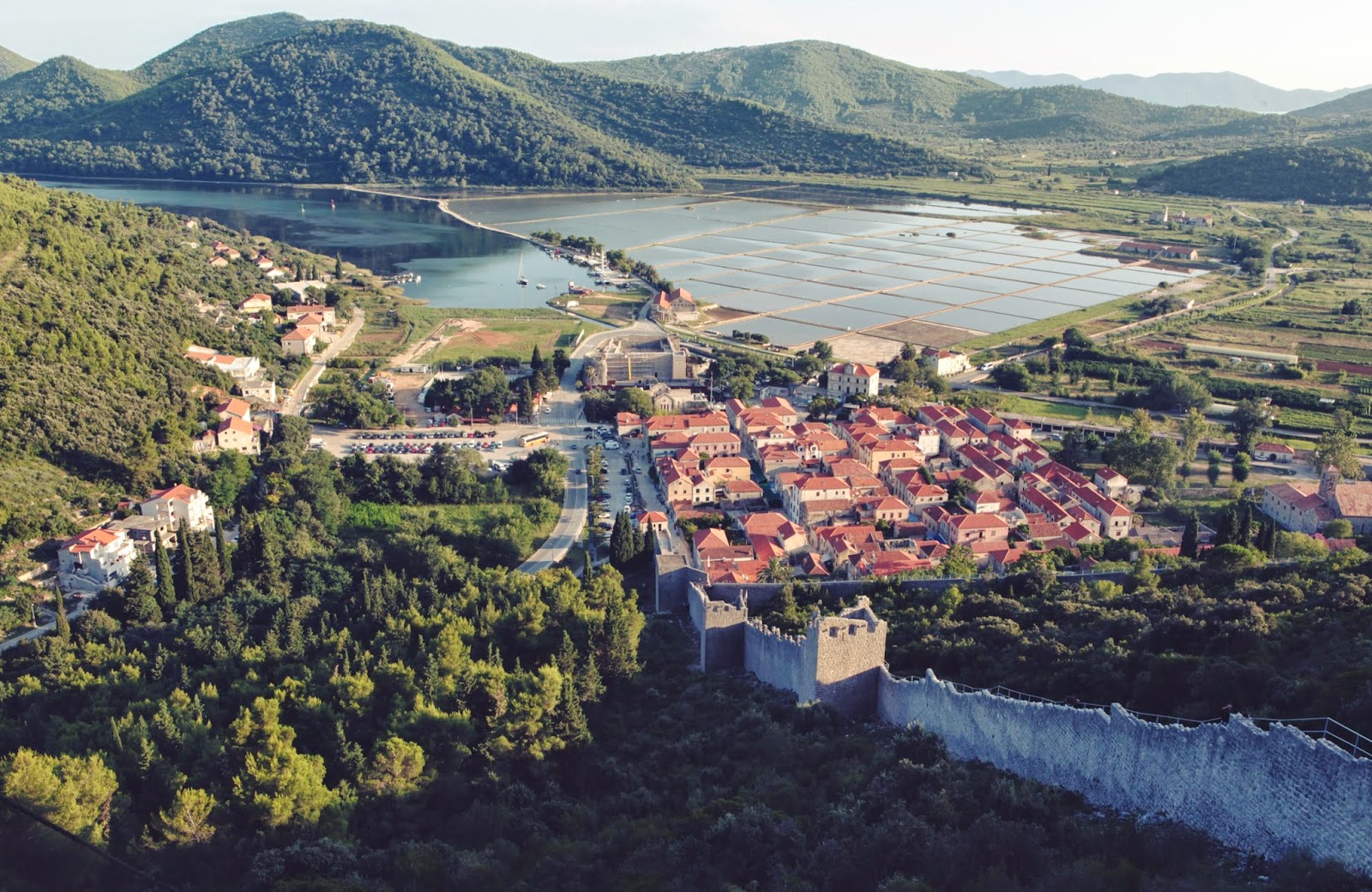 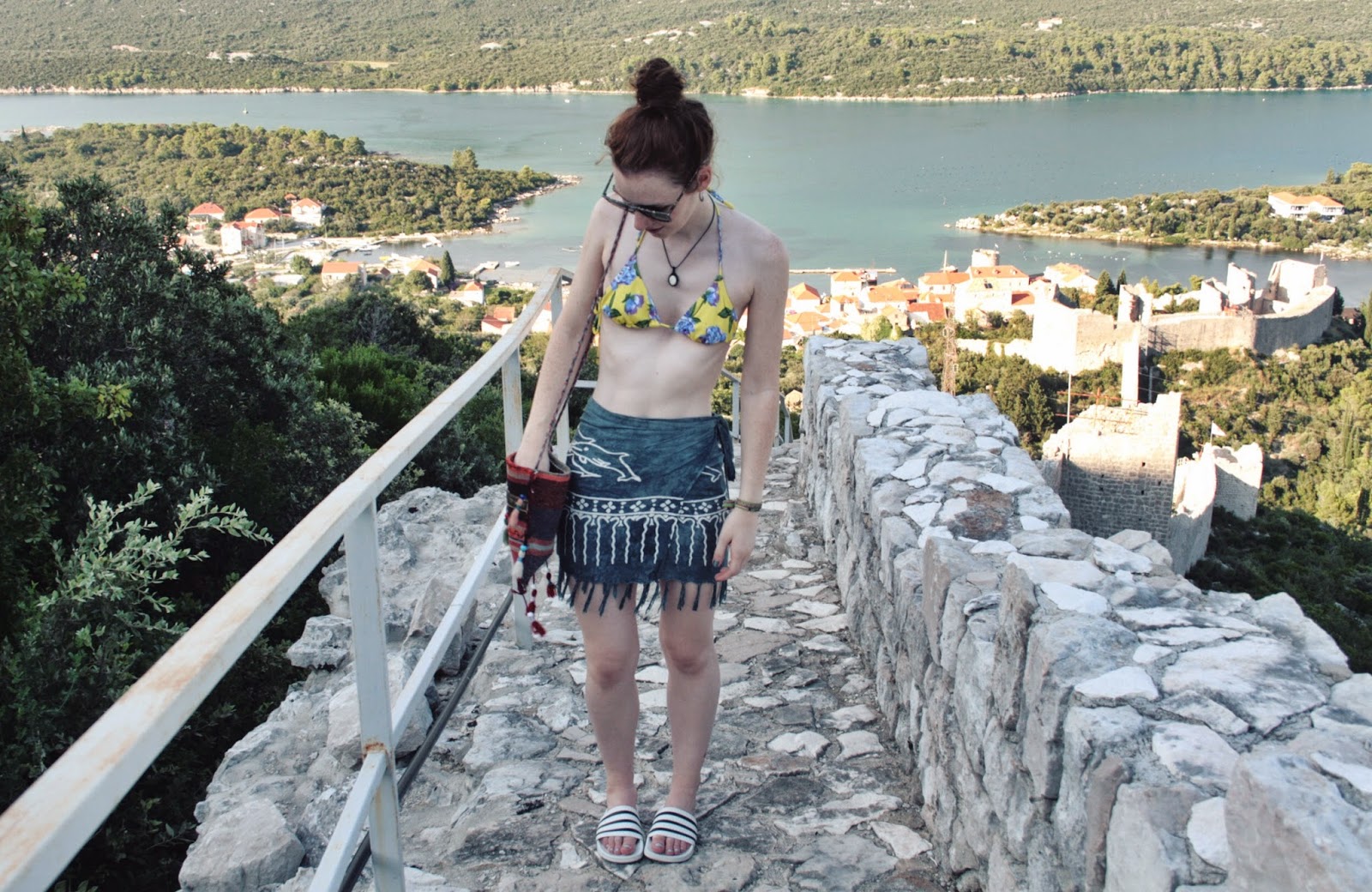 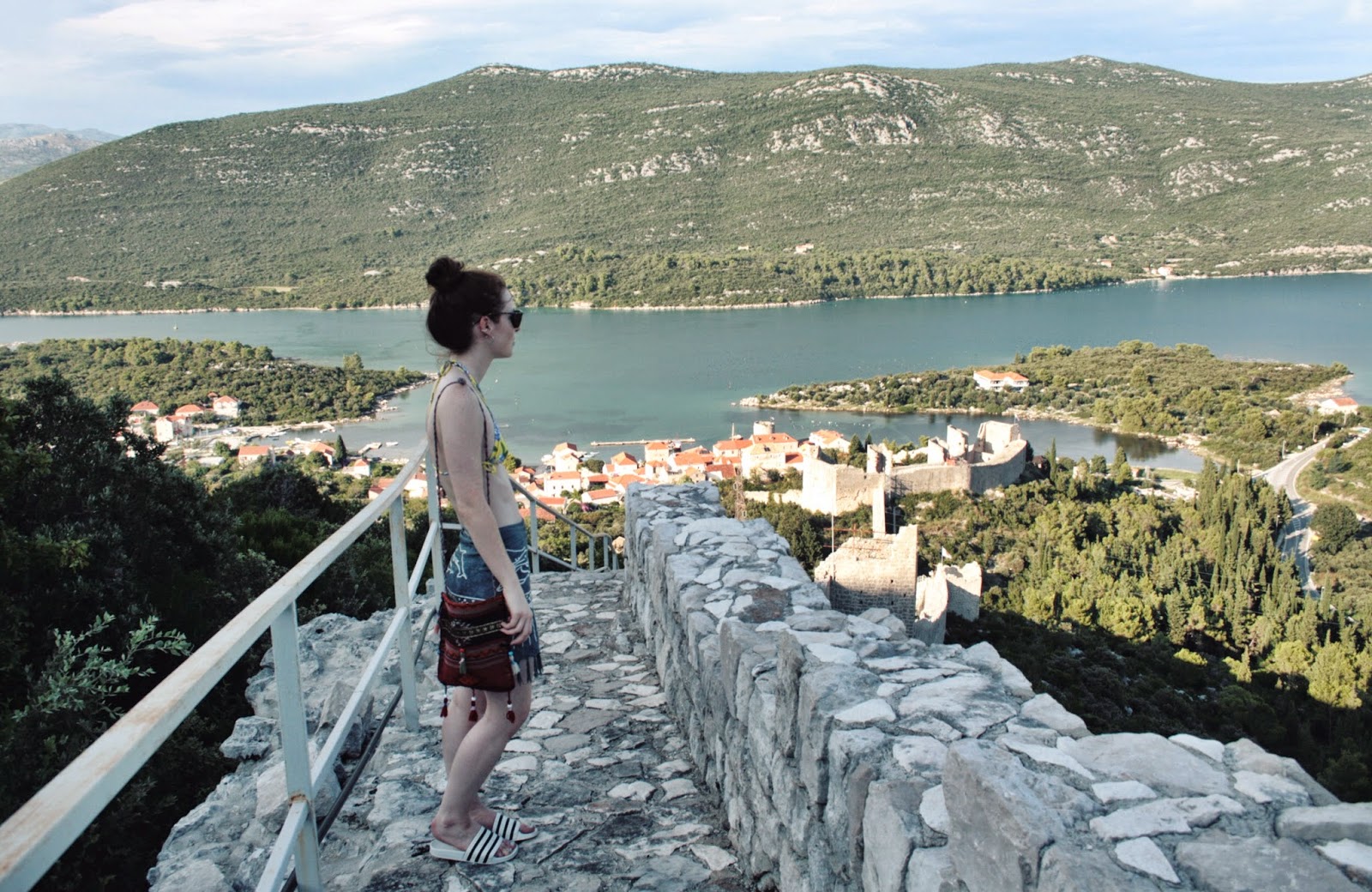 We were originally planning to find a beach, hence my lovely ASOS halterneck. I am beyond obsessed with wrap skirts at the minute, the beachier the better. A little souvenir shop was selling them for 30Kuna (£3) so I could hardly resist this with little dolphins on! I'm probably going to take it to Bestival with me and wear it with band tees and inappropriate shoes.

These were taken from the highest peak of the walls, so please excuse my exhausted appearance. Climbing up there was enough exercise to last me all summer... The views were well worth it. The entire salt flats that Ston is based around spread out on one side, while it's sister town Mali Ston and the Adriatic coastline were to the other. Croatia is probably the most picturesque place to which I've ever traveled!