Oh hey Glastonbury! It doesn't seem five minutes since I was sat in the car park queue to leave after last year!

For those of you who have never experienced Glastonbury - nobody is joking when they say it's the best, most magically incredible place on earth. I don't think there'll ever be a point where I don't want to go. It's addictive and it's HUGE. You could go for 10 years in a row and still not experience everything it has to offer.

I'm planning on taking rolls upon rolls of camera film with me, so hopefully (if they don't get submerged in mud floods) I'll have a colourful post of my week there for you within the next few!

This will be my tenth music festival and I am still as giddy as the first time I ever went to Leeds fest. Even with a forecast of rain, nothing can dampen my excitement for wandering around Worthy Farm to the soundtrack of some of my favourite musicians. I thought as a little intermittent post, I'd sort of round up my own personal Glastonbury lineup, and who I'm most excited to see:

Kanye West
Obviously. The whole story about that petition that garnered thousands of signatures to axe Kanye and replace him with 'a rock band' really irritated me. Glastonbury is about variety, not just rock and roll. Glastonbury is a festival for contemporary arts, and some might argue Kanye is the single most contemporary artist there is right now. Also, who doesn't know every single word to Gold Digger, hmm?

Chet Faker
I recently chose to go see Joey Bada$$ over Chet Faker, but I think seeing him at Glastonbury might just top the Manchester Ritz. Thinking In Textures is an absolute first class album and I canny wait to see it live. 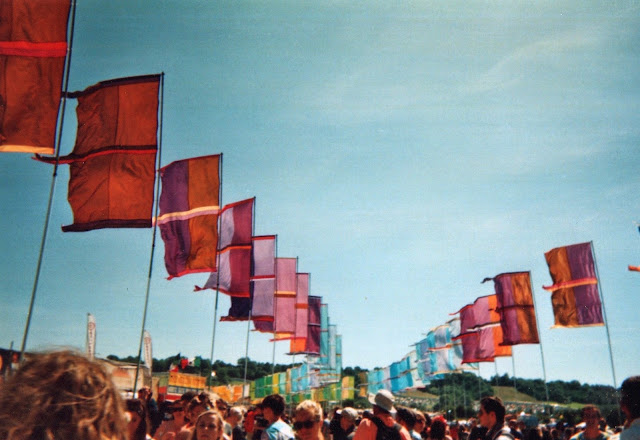 Milky Chance
I love these guys. They're like a mega chilled out Black Keys and I've had their debut 'Sadnecessary' on repeat for the majority of this year so far. Plus, they're pretty much the last act I'll see on Sunday night, which I think will just complete my line-up!

Django Django
Because I missed them two years ago! I didn't even realise they were playing until I watched the Glastonbury footage on BBC a week after the festival! If their first album is anything to go by, their second (which admittedly I haven't listened to yet - obviously I'm saving myself for the full experience...) will be insane live. 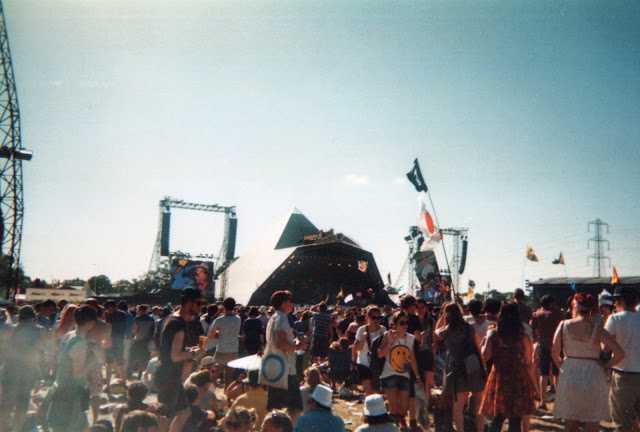 Jamie XX
Don't get me wrong, I'm sad that the Foos won't be playing but luckily we saw them play Old Trafford a couple of weeks ago! There's no chance I'm watching Florence wail her way barefooted around the Pyramid stage, so I'll be off to Jamie XX to see In Colour in all of it's beautiful, beautiful glory.

Run The Jewels
You can't experience the extent of Glastonbury's variety without spending a few solid hours at West Holts during a hip hop act. Last year was Jurassic 5 - who hands down gave the most incredible festival performance I've ever seen - this year it's Run The Jewels. I'm excited.

Fatboy Slim
Even though he plays like 17 times every single year, you can't not really! 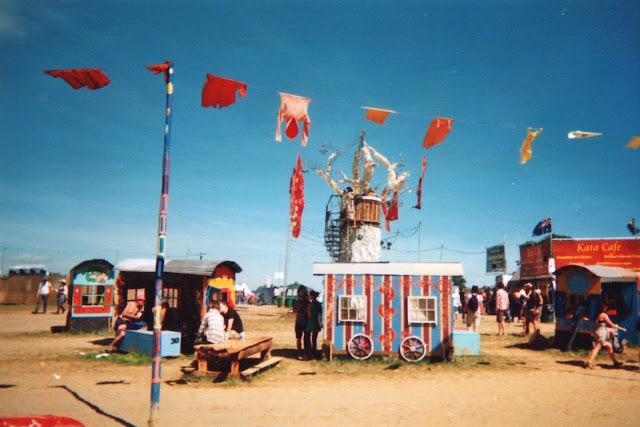 There are many, many more artists I know I'll catch over the weekend, but this is just a snippet of who I want to see. But that's the great thing about Glastonbury - you end up seeing things you ordinarily wouldn't - example - last year we stood in the rain dancing to the Mariachi's! Hopefully the weather next week will be as glorious as it was on these photos back in 2013 - a girl can dream!
Posted by Unknown at 09:12 No comments: 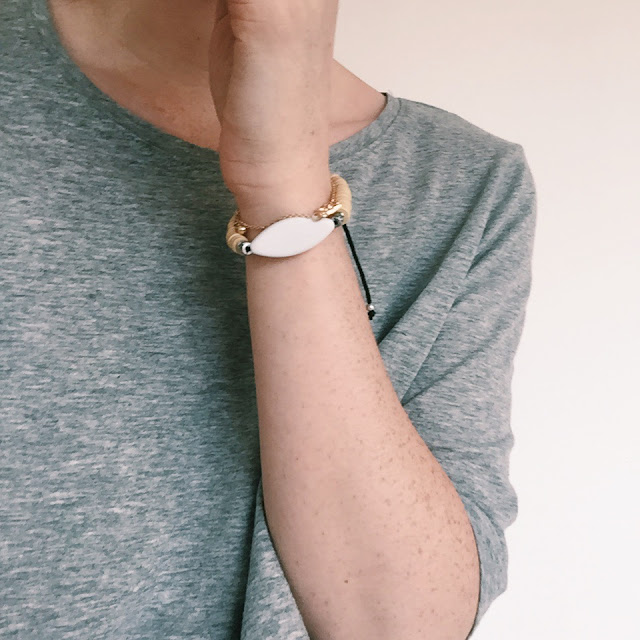 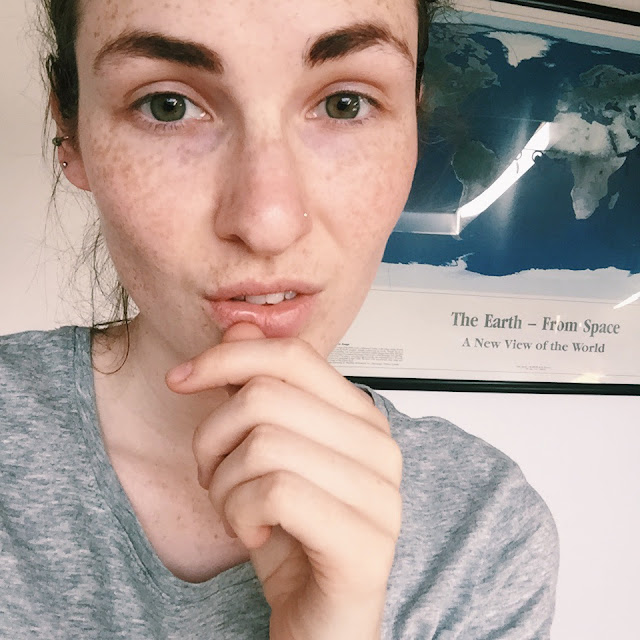 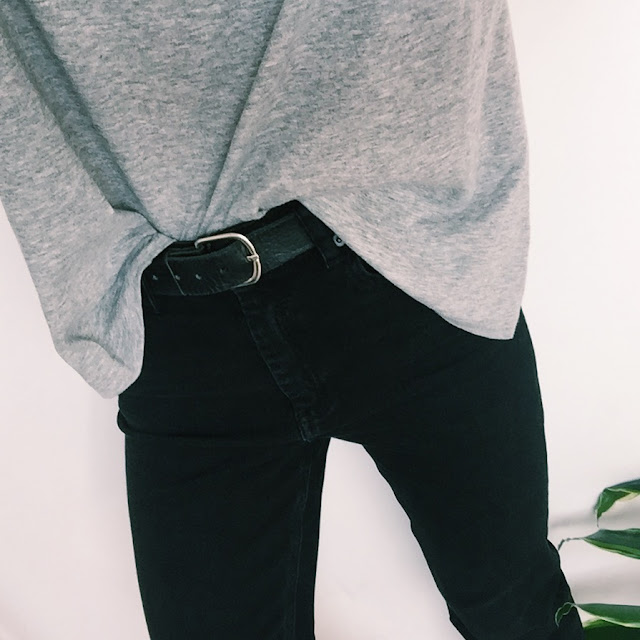 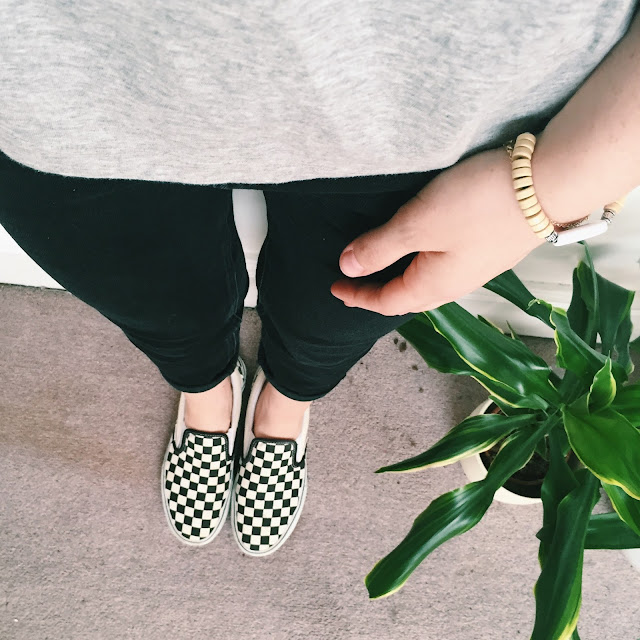 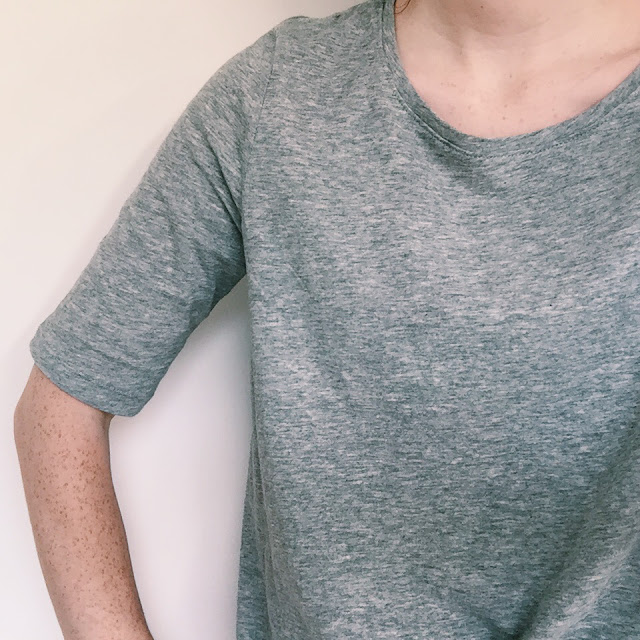 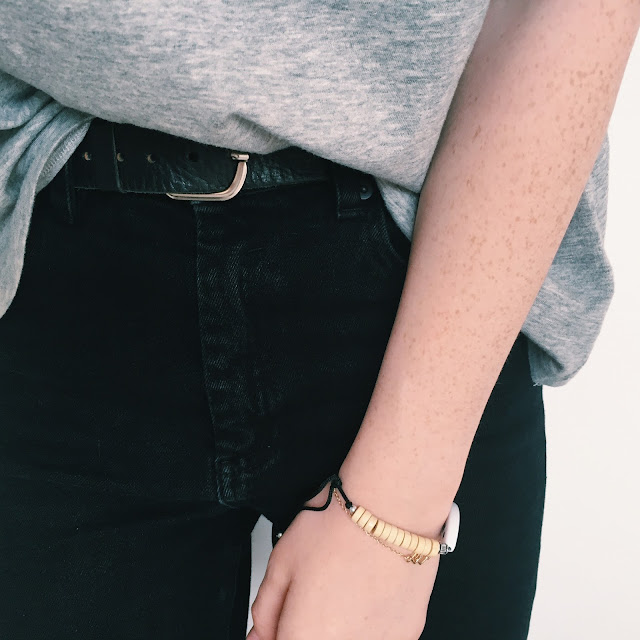 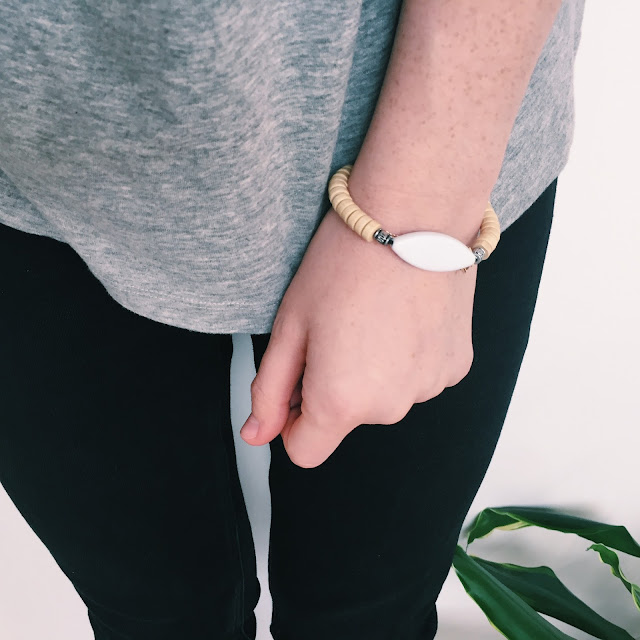 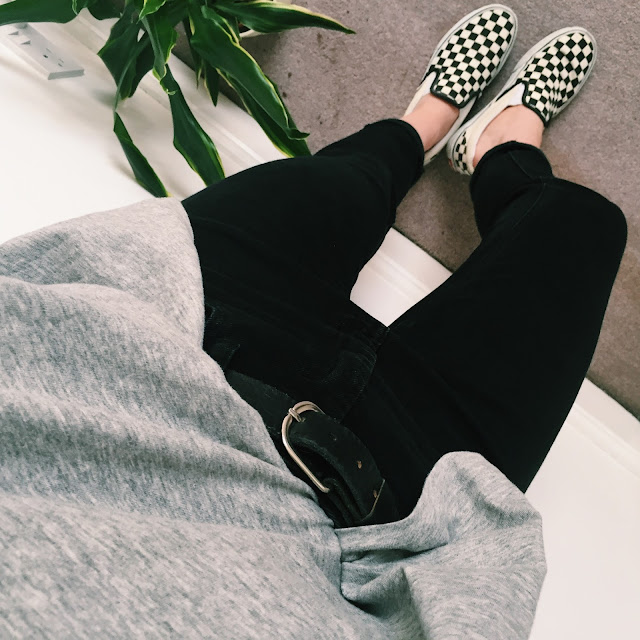 Over the years my style has changed considerably. Age 14, I was a conflicted teenager, heavy on the eyeliner and graphic t-shirts, with a penchant for Babycham trainers - remember those? I also was DJ Cammy's biggest fan. Looking back at myself is absolute jokes.

When I started university, I had a big thing for denim cut-offs paired with slouchy jumpers and those long necklaces that got caught on absolutely EVERYTHING. I like to think that I have severed ties with that version of myself as I've grown to understand what actually suits me.

My love for basics and casual clothing is no secret, I pretty much live in this combo of black jeans, Vans and plain t-shirts. It's easy, it's versatile and most importantly - comfortable. If I want to go out for a drink, I'll just swap my Vans for boots and add a dark lip colour et voilà...

This tee is from GAP. No longer considered uncool 'the GAP' is absolutely spot on for basics - I got this top in two colours, both for under a tenner. I love that the sleeves are halfway short, rather than those annoying length 'cap' sleeves women's tees usually have!
Posted by Unknown at 10:35 No comments: 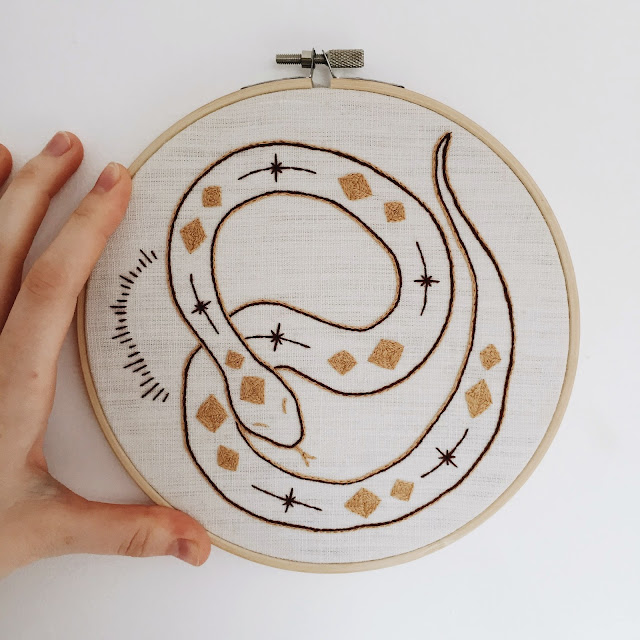 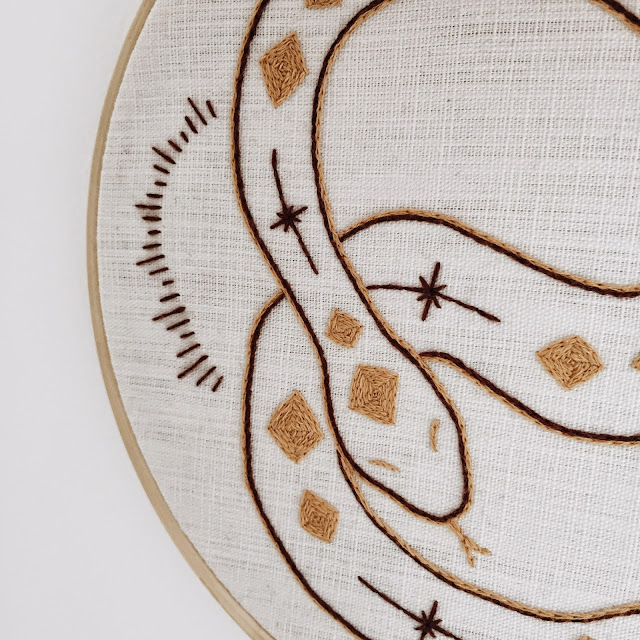 When I made my New Year resolution to find and stick to a hobby I was incredibly doubtful that it would happen. I'm the type of person who gets really excited by something, only to get bored and give up on the idea within a week. I'm surprised I've stuck with this blog for so long!

Anyway, back to my point.

I said when I posted my first hoop that I'd feature more of my designs on here. So here's one I made earlier! Well, a week or two ago. It's a snake, in dedication to my baby cornsnake Kovu. Who isn't actually a baby anymore, he's almost two... Where does the time go?!

I feel like blogging has been kind of put on the back burner at the moment. Finishing uni, moving home, looking for jobs and having a boyfriend who works full time - and can't take photos of me everyday anymore - makes the blogger life difficult. I have a few ideas in mind as to what I want to post up on here but I need to have a solid plan in place as to a time scale first!